M36ASV Gunner's SightSIO has developed and produces the M36ASV Gunner’s Sight, an upgraded and improved, 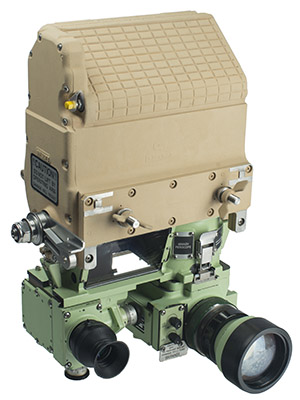 next generation M36 sight for the U.S. Army and Marine Corps. Over 4000 systems have already been delivered for use on the M1117 Armored Security Vehicle.

The M36ASV retains the battle proven rugged and dependable robust service of the M36 family while adding improvements and changes to several key areas, making it even more user friendly with the added benefit of providing ergonomic and performance advantages. The outstanding characteristics that have contributed to the M36’s longevity such as modularity, ease of use and drop-in dependability remain part of this new lineage.

Some of the key features incorporated in the M36ASV include: